How to vote on the Lucidao Governance Proposals

Lucidao is managed by a decentralized community of LCD token-holders and their delegates, who propose and vote on upgrades to the protocol.

This governance interface allows anyone holding LCD tokens to participate and vote for their opinions. You can vote on each proposal yourself or delegate your votes to a third party.

HOW TO SETUP VOTING:

There are two ways to delegate your vote:

You are delegating your voting power to your connected wallet.

Transfer voting power to a third party address. Keep in mind that you are transferring only your voting power. LCD tokens ownership will remain in your wallet.

Let’s walk through this process below using our example of 100 LCD tokens:

STEP 1 : Below you will notice 100 LCD tokens are allocated in the “Voting Wallet”. This indicates your LCD balance. Let’s walk through the steps to move LCD tokens to voting power.

STEP 2 : To initiate setup of LCD tokens for voting click “Setup Voting”. You are prompted with a popup.

STEP 3 : After you have selected “delegate to yourself”, a metamask request will appear. Confirm the transaction.

STEP 4 : Once the Metemask transaction has been completed; the interface will update and you will see your votes delegated to yourself under “My Voting Power”. In the example below, you will notice 100 voting allocation has moved to the “My Voting Power” box on the right.

DELEGATE TO A THIRD PARTY

STEP 5 : For delegating to a third party; Click “Setup Voting” again and proceed with “Delegate to a Third Party”. Enter the delegated wallet address to where you want to delegate the votes to. Once ready, proceed by clicking the button “Delegate Votes”.

STEP 6 : A Metamask request will appear. Confirm the transaction.

STEP 7: Once the Metemask transaction has been completed; the interface will update. You will notice your voting wallet now contains delegated votes to your nominated address.

Here is an example of how the proposals will appear once there are multiple proposals available. Emphasis on the different statuses and different voting percentages. 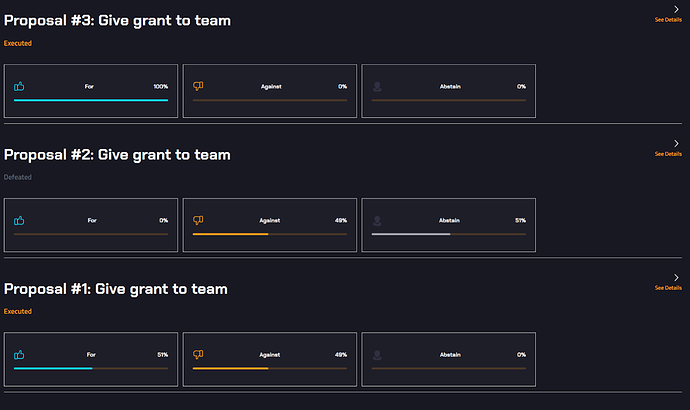 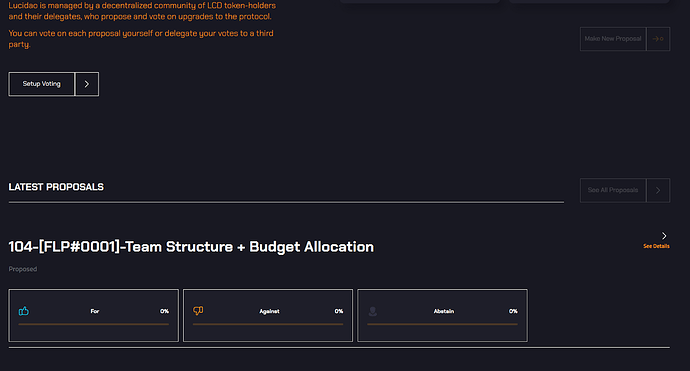 Initial proposals will have a cooling period of 12 hours. You can see below, the proposal history shows the current status of the proposal and the estimated timeframe for each status. Proposed > Active > Ended 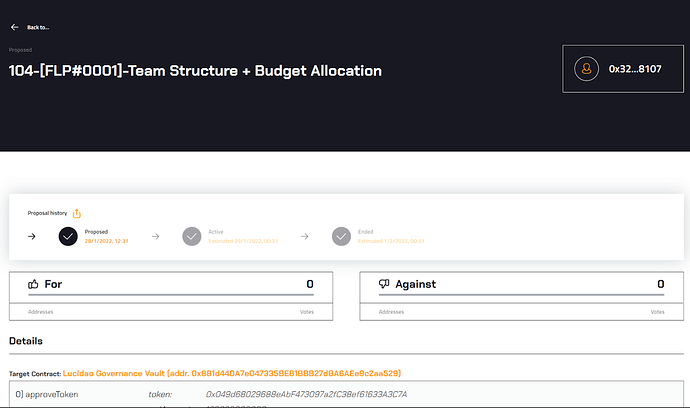 Below you can see this Proposal is now Active and ready for voting.

To proceed with your vote select one of the following options; For, Against or Abstain.

Once you make a vote selection, the Metamask confirmation will appear. 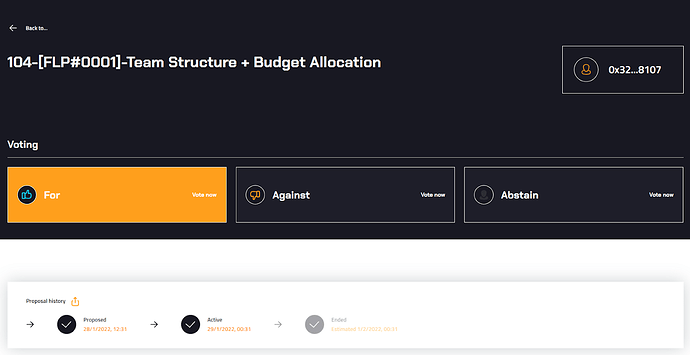 STEP 3 : After confirming the transaction via Metamask, the dashboard will update to show your confirmed voting allocation (Voting Power). 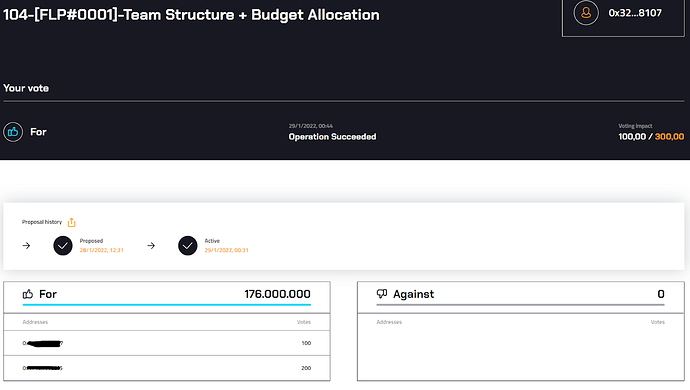